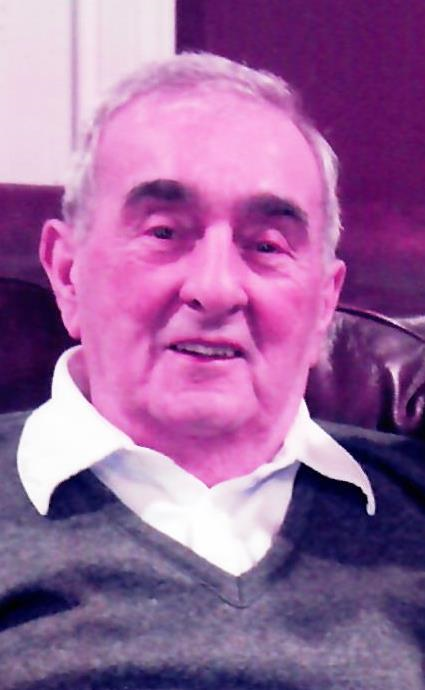 Please share a memory of Joseph to include in a keepsake book for family and friends.
View Tribute Book
GENEVA- Joseph Ross Piccillo, 96, passed away peacefully on Wed. (Jan. 11, 2023), at the Geneva Living Center North. Friends may call from 11 a.m. to 1 p.m. Wed. (Jan. 18), at the Palmisano-Mull Funeral Home LLC, 28 Genesee St. Geneva. A funeral service will follow in the funeral home at 1 p.m. Burial will be in the spring in St. Rocco's Cemetery, Pittston, PA. Joe was born on June 24, 1926, in Pittston, PA and was a son of Ross and Carrie (Biara) Piccillo. At 18 years old, he joined the Army and went off to fight in WWII. In 1948, Joe married his high school sweetheart, Theresa Puma, also from Pittston, PA. They moved to Buffalo, where he worked in the Chevy plant, until 1955. Joe then moved to Geneva and secured a job at the Seneca Army Depot, where he retired in 1968. After retirement, he began the job that he truly loved, driving school bus for Waterloo School District and for BOCES. Joe did this for over 40 years and loved every student he encountered. He was a member of the American Legion and the Sons of Italy, in Geneva. He is survived by his son, Russell Piccillo of Geneva; grandson, Joseph Hill of Phoenix, AZ; granddaughter, Teresa (Aaron) Elmore of Jacksonville, Fla.; great-granddaughter, Taylor Brumbaugh of Jacksonville, Fla.; several nieces and nephews, who called him, "Uncle Trouble". Anyone who knew Joe would know why! In addition to his parents, Joe was predeceased by his wife of 72, years, Theresa (Puma) Piccillo; daughter, Karen Piccillo Hill; daughter-in-law, Susy Piccillo.
To send flowers to the family or plant a tree in memory of Joseph Piccillo, please visit Tribute Store
Wednesday
18
January

Share Your Memory of
Joseph
Upload Your Memory View All Memories
Be the first to upload a memory!
Share A Memory
Send Flowers
Plant a Tree