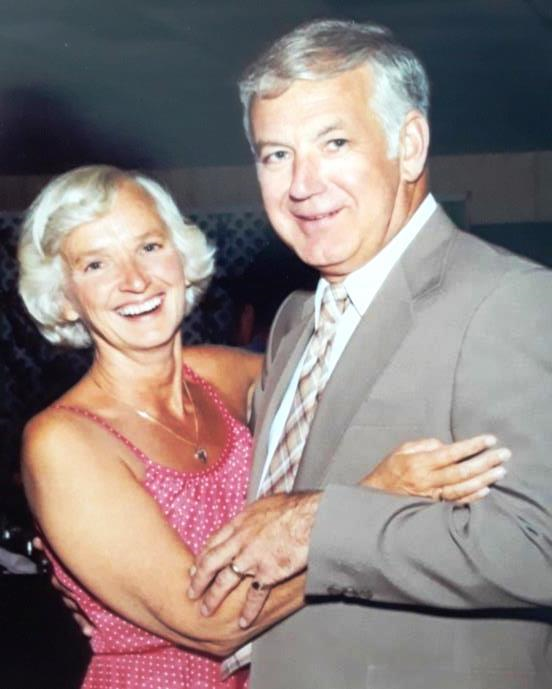 JoAnn Lawler JoAnn Lawler of Geneva, New York died of natural causes on Sunday, April 22, 2018 in Clifton Springs, New York. She was born October 24, 1930 to Mabel and John McCarty (deceased). She attended school in Fort Edward, New York, where she met her beloved husband John T. Lawler (deceased). Shortly after marrying, JoAnn and John moved to Monticello, New York where they raised their family. Both JoAnn and John worked as educational professionals at Monticello Central School District. JoAnn spent countless hours in the classroom devoted to helping struggling students become proficient readers. Several years after retiring, JoAnn and John moved to Canandaigua, New York. JoAnn's lived her final three years as a resident of Seneca Terrace, where she very quickly earned the nickname Smiley! JoAnn is survived by her daughter Jill Ann Fogel of Naples, Florida, her sons COL (Ret) Kelly Lawler of Midlothian, Virginia, and Kevin Lawler of Wrentham, Massachusetts, son-in-law Robert Fogel, and daughters-in-law Mary Lawler and Barbara Lawler. She was predeceased by her son John (Jay) Lawler and daughter-in-law Sonya Lawler. She is also survived by her seven grandchildren: Meghan Lawler of Durham, North Carolina, Jonathan Lawler, Grace Lawler and Shannon Lawler of Midlothian, Virginia, Kristin and Erin Lawler of Wrentham, Massachusetts, and Kerry Lawler of Benson, Vermont. She is also survived by one of her six siblings, Joseph McCarty of Fort Edward, New York and his wife Gladys McCarty. A celebration of JoAnn's life will be scheduled at a later date. In lieu of flowers, donations may be made to Seneca Lake Terrace, 3670 Pre-Emption Road, Geneva, New York 14456, denoting Activity Fund/JoAnn Lawler in the notation section of the check.
To plant a tree in memory of JoAnn Lawler, please visit Tribute Store
Services for JoAnn Lawler
There are no events scheduled. You can still show your support by planting a tree in memory of JoAnn Lawler.
Visit the Tribute Store

Share Your Memory of
JoAnn
Upload Your Memory View All Memories
Be the first to upload a memory!
Share A Memory
Plant a Tree