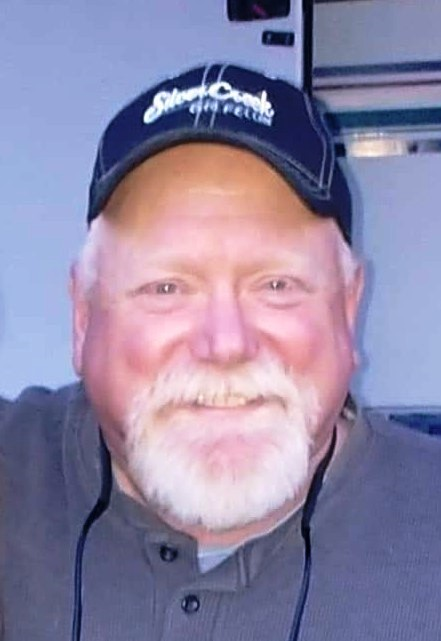 GENEVA- Garry "Red" LaVerne Henninger, 61, passed away unexpectedly on Sat. (Feb. 1, 2020). Friends may call from 4 to 7 p.m. Fri. (Feb. 7), at the Palmisano-Mull Funeral Home LLC, 28 Genesee St. Geneva. A memorial service will be at 10 a.m. Sat. (Feb. 8), at the Assembly of God Church, 757 Pre-Emption Rd. Geneva. Burial will be at the convenience of the family. In lieu of flowers, please kindly consider making a donation to the charity of your choice. Garry was born on Aug. 2, 1958, in Waterloo and was a son of the late Mabel (Sessler) and Wesley Walter Henninger. He graduated from Waterloo High School. Garry served his country in the United States Army Airborne, stationed in Ft. Bragg, NC. He owned Red's Truck Tire Repair and in 1984 started working for Sessler Wrecking. Garry was a jack of all trades. Most recently, he was a yard foreman and was responsible for outfitting the many field projects. Garry loved working for the Sesslers and considered it his home away from home. He was responsible for lunch cookouts every Friday during the summer. Garry was so proud to have his own office. He was a member of the Waterloo Jaycees and was an avid NASCAR and football fan. On the weekends, Garry could be heard yelling at the TV. He enjoyed playing quoits, golfing, boating and most of all, riding his beloved motorcycle. Garry also enjoyed being Santa for many years for Rotary and the VFW. Every Saturday morning one would be sure to see him at the Water Street Café for breakfast and every Sunday afternoon at Harry's Bar. Above all, Garry loved spending time with his children, and grandchildren who called him "Papa". He was always attending their sporting and school events and was their biggest fan. He was a gentle giant who told the best stories to his grandchildren, and was quick to offer rides. Garry had a great sense of humor and was known for his wild antics. He touched the lives of everyone he knew. His kindness and effervescence will always be remembered. He is survived by his wife of 34 years, Donna (Cochrane) Henninger of Geneva; mother, Fern (Sessler) Henninger of Ovid; children, Jakki Bruce of Geneva, Lawrence (Phaedra) Rowe of NJ, Courtney Henninger of Waterloo and Kelsey Henninger of Geneva; grandchildren, Asia, Jahara, Treasure, DeSean, Quinton, Karter-Ian, Austin, Mila, Drew and Sean; great-grandchildren, Lazhia, Jawaun, Jayana, Aleea, Amarianna and Aniyah; siblings, Debra (Richard) Kettelkamp of Hamlin, Darlene (Steve) Bielecki of Fla., Julie (John) Cook of Waterloo, Steven Henninger of Waterloo, Kelly Bailey of Syracuse, Cassandra Welch of Interlaken and Nicole Ignaszak of Brockport; several nieces, nephews, cousins and friends.
To send flowers to the family of Garry Henninger, please visit Tribute Store
Friday
7
February

Share Your Memory of
Garry
Upload Your Memory View All Memories
Be the first to upload a memory!
Share A Memory
Send Flowers