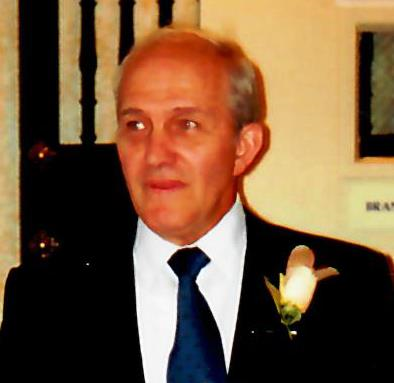 GENEVA- Richard E. Siclare, 84, passed away peacefully on Thurs. (June 4, 2020), at home. In honoring his wishes, there will be no calling hours or mass. A graveside service will be Friday (June 19) at 1 pm in Glenwood Cemetery. Richard was born on July 10, 1935, in Pittsburgh, PA and was the son of the late Paolo and Julia (Popuchack) Siclare. He served his country in the United States Air Force during the Korean War, stationed at Sampson Air Force Base. Richard was a butcher for many years at various places and was known as the "Sausage Man". He enjoyed sports and playing softball. Richard loved to garden. He is survived by his children, Monica Truini of CO, Paul (Sheri) Siclare of Hilton, Richelle Rule of Newark, Julie (Paul) McDonald of Geneva, Chris (Mia Harper) Siclare of Geneva and Jana (Jeff) Hubling of IL; grandchildren, Nicholas, Mary, Peter John and Elizabeth Truini, Shelby and Madison Siclare, Beatrice, Connor, Hallie and Maggie McDonald, Abigail Hubling and several nieces and nephews. Richard was predeceased by his wife, Eva; 10 brothers and sisters.
To send flowers to the family or plant a tree in memory of Richard Siclare, please visit Tribute Store

Share Your Memory of
Richard
Upload Your Memory View All Memories
Be the first to upload a memory!
Share A Memory
Send Flowers
Plant a Tree