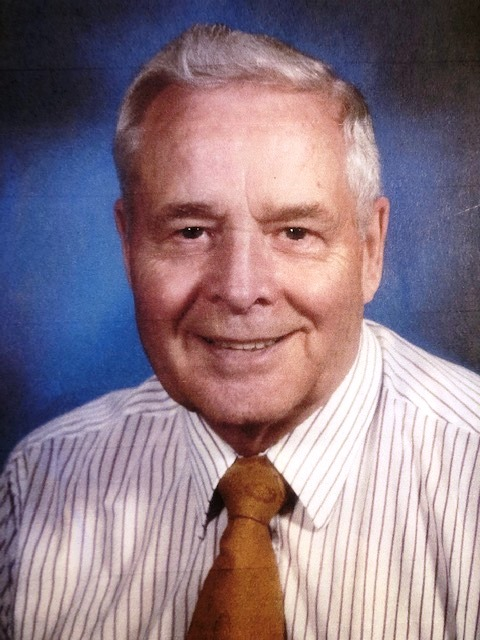 . GENEVA - Donald Lewis Ward, 90, of Geneva, NY ascended to Heaven on Sunday, June 7, 2020.Family and Friends may call Saturday (June 13) at 10:30am to 11:30 am at the Palmisano-Mull Funeral Home, 28 Genesee Street, Geneva. His funeral service will follow calling hours at 11:30am at funeral Home. Burial will be at Oaklawn Cemetery following the service. Contributions may be made in Donald's memory to Gideons International, P.O. Box 97251Washington, DC 20090-7251https://www.gideons.org/donate ,Geneva Assembly of God Church, 50 Reed St.,Geneva, NY 14456 http://www.genevaassemblyofgod.com/ or Happy Tails Animal Shelter,Ontario County Humane Society, 2976 Co. Road 48, Canandaigua, NY 14424 http://www.ontariocountyhumanesociety.org/donate Donald was born on March 31, 1930, to the late Amos Ward and Julia Peck in Jay, NY where he spent his formative years. After High School he became a member of the US Air Force where he served during the Korean War. He obtained a masters in Secondary Education. He was a beloved Math teacher at Geneva High School until he retired after 39 yrs. For a couple years he also taught Math at DeSales High School and Boces. He also spent many years teaching for the Ontario County School District and the Waterloo and Canandaigua jails. He was a faithful Christian, giving much of his time to serving at church and as a Gideon. He was a member of the Geneva United Methodist Church where he served as a lay person for many years. In 1974 he and his wife became members of the Assembly of God Church in Geneva, NY where he served as a Deacon. He and his wife fostered children for many years and in his spare time you could always find him in his garden. He will always be remembered as a kind, loving, and giving person who was always prepared to give to anyone in need and always had a smile and a joke that could brighten anyone's day. He is survived by his loving wife, Estella Mae Casselman of 67 years in Geneva, NY, married on May 23, 1953. He was a very proud father to his son Donald (Mary Jan) Lewis Ward Jr. and his daughter, Chris Ann Duquette. He is also survived by brothers, Richard (Deb) Ward; Dennis (Sue) Ward; and sisters Linda Cumm; Hilda Catalfamo; and Jean (John) Snow; adoring grandfather to Heather Schanz; Holly White; Julia Duquette; Callie Rose Ward; Donald Lewis Ward III; and Daniel Ward and great grandchildren, James White, Alexis White, and Izzy White. He was predeceased by his brothers, Harold Ward, Amos Ward, and Philip Ward; his sisters: Barbara Hardy, and Sharon Rosio; and brothers-in-law; Keith Hardy, James Rosio, Chuck Catalfamo, and Ted Cumm.
To send flowers to the family or plant a tree in memory of Donald Ward, please visit Tribute Store
Saturday
13
June

Share Your Memory of
Donald
Upload Your Memory View All Memories
Be the first to upload a memory!
Share A Memory
Send Flowers
Plant a Tree