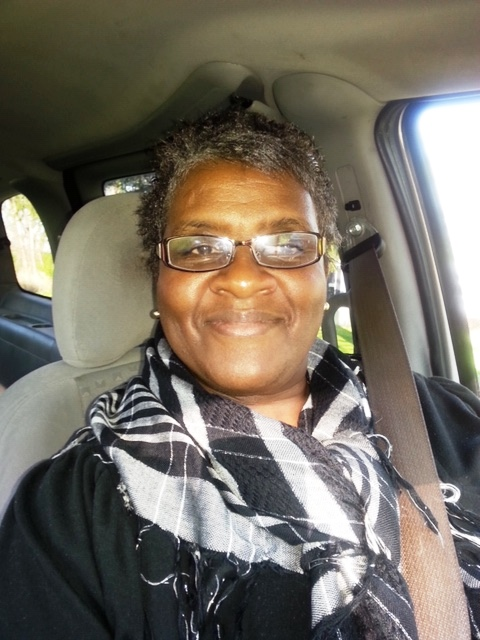 Please share a memory of Sharon to include in a keepsake book for family and friends.
View Tribute Book
GENEVA- Sharon Y. Jackson, 57, passed in to the Arms of her Lord and Savior on Tues. (Sept. 29, 2020), at Strong Memorial Hospital. Friends may call from 5 to 7 p.m. Tues. (Oct. 6), at the Palmisano-Mull Funeral Home LLC, 28 Genesee St. Geneva. A funeral service will be at 10 a.m. Wed. (Oct. 7), at First Love Church in Border City. Burial will follow in Glenwood Cemetery. In lieu of flowers, contributions may be directed to First Love Church, 125 Border City Rd, Geneva, NY 14456. Sharon was born in Geneva, NY to Rossie Whitley and Willie Whitley on Aug. 14, 1963. She went to high school at Geneva High and graduated in 1982. She earned her Associate's Degree from CCFL in Graphic Media Arts. Sharon worked as a packer, employed by Zotos and then went on to work at Parker Hannifin. She became a dedicated member of First Love Church in 1990. Sharon married Gregory Jackson in 1991 and had five beautiful children. She enjoyed being a stay at home mom. Once her children became of age, she decided to return to the workforce. In 2003, she became a licensed minister at First Love Church. Sharon was also a leader of the women's ministry, worked in the nursery, Children's Church, BBQ's, church store and in the kitchen. Later, she returned to CCFL in 2004 to earn an Associate's Degree in criminal justice. In 2006, she began working for the Geneva City School District in the cafeteria for 14 years. In 2019, Sharon became a grandmother to Amari Rose. In her free time, she enjoyed reading her Bible, spending time with the Lord, sewing; searching for good deals at Sallie Ann's and especially enjoyed spending time with her granddaughter. She is survived by her children, Joshua Jackson, Javon Jackson, Janell (Jesse) Blodgett, Jamel Jackson and Janeisha Jackson; granddaughter, Amari Rose; siblings, Robert (Gwen) Whitley, William (Bobbi) Whitley, Eugene (Ellen) Whitley, Deborah (Roberto) Alvarez, Gloria Whitley, Cathy (Daniel) Thomas, Raymond Wiggins, Lori (Lewis) Lawson, Darrell Wiggins and sister-in-law, Linda Whitley; a host of nieces and nephews. Sharon was predeceased by her husband, Gregory Jackson; mother, Rossie L. Wiggins; father, Willie C. Whitley; brother, Melvin Whitley; nephew, Erik Johnson and grandmother, Beulah L. Kent.
To send flowers to the family or plant a tree in memory of Sharon Jackson, please visit Tribute Store
Tuesday
6
October

Share Your Memory of
Sharon
Upload Your Memory View All Memories
Be the first to upload a memory!
Share A Memory
Send Flowers
Plant a Tree