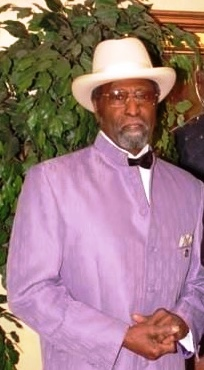 Please share a memory of Amos to include in a keepsake book for family and friends.
View Tribute Book
Geneva – Amos "Leroy" Frederick, passed away Monday, (December 28, 2020) at Geneva General Hospital. In keeping with the wishes of the family there will be no calling hours or service at this time. A memorial celebration of Leroy's life will be announced at a later date. In lieu of flowers, memorial contributions may be made to the organization of one's choice. Leroy was born in Orangeburg, SC on December, 29, 1940, to Luscious and Louvenia Frederick (Deceased). He served his country in the U.S. Army from 1959 to 1965 and worked for the Seneca Army Depot as a Machinist until his retirement in 1998. He is survived by his loving wife, Annie Watts-Frederick; children Veronica Davis (Allen B. Davis), Nichelle Edgar, William "Billy" Frederick (Nicole) and Jason Frederick. Step-children Sylvester McBride (Vernetta), Roger Williams (Betty), Annette Hoffman, Jeannette Williams, James Watts Jr. (Bruny) and Alma "Jeannie" Moore (Stan). Sisters Flossy F. Howell (James), Vera F. Black, Deloris Franklin and Brother Marion Frederick; and a host of grand and great-grandchildren; and many nieces and nephews. Preceded in death are brothers Abraham Frederick, Henry Frederick and Earnestine Conner. The family would like you to know that he fought a good fight and kept the faith after an extended illness. We feel at peace knowing that he can rest now. We thank everyone for their visits, cards, prayers and support during the time he was in the nursing home and afterward. Zoom Invite: https://us02web.zoom.us/j/.976837636 Meeting ID# 976-837-636
To plant a beautiful memorial tree in memory of Amos Frederick, please visit our Tree Store

Share Your Memory of
Amos
Upload Your Memory View All Memories
Be the first to upload a memory!
Share A Memory
Plant a Tree