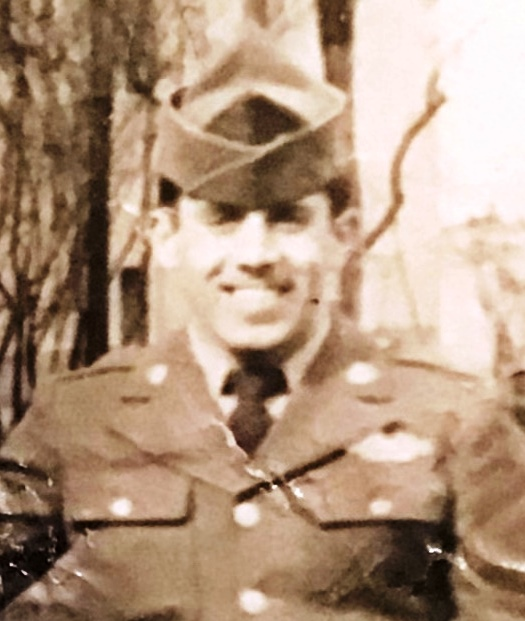 FAIRPORT- James V. Calabrese, 89, passed away on Thurs. (April 1, 2020). Friends may call from 2 to 4 p.m. Wed. (April 7), at the Palmisano-Mull Funeral Home LLC, 28 Genesee St. Geneva. A Mass of Christian Burial will be celebrated at 1 p.m. Thurs. (April 8), at St. Francis De Sales Church in Geneva. Burial will follow in Oaklawn Cemetery, with full military honors. In lieu of flowers, memorial may be made to the American Cancer Society, 1120 S Goodman St, Rochester, NY 14620. James retired from a career in construction at Eastman Kodak, in 1991. He volunteered for the Fairport School District and was a real "people person". James loved meeting new people and talking to anyone and everyone. He had a beautiful singing voice and was known to break out in song anytime. James went on the 50th Rochester Honor Flight and Don Alhart called him "The Singing Vet". He was a proud Korean War Veteran, serving from 1951 to 1953 in the 7th Infantry Division of the 17th Regiment. He is survived by his loving wife of 67 years, this April 23rd , Pauline of Fairport; daughter, Jammie (Bill) Katerle of Rochester; grandchildren, April (Kevin) Bischoping, James (Sarah) Katerle and Laura (fiancé Mike Wynne) Katerle; great-grandchildren, Gabriel, Aaron, Autumn, Anthony, Felicity, Ethan, Liam, Cameron, Gianna, Justice, Madeleine and Vanessa; brother, Ralph Calabrese of Canandaigua; sister, Antoinette Edgar of Victor; sisters-in-law, Gina Calabrese of Seneca Falls, Carolyn Fink and Shirley Safrit of NC; several nieces and nephews. James was predeceased by his parents, Dominick and Michaelina Calabrese; brothers, Joe and Mike; sister, Eunice Phoenix; brothers-in-law, Jack Phoenix, Tom Edgar, Claude, Bill and John Safrit; sisters-in-law, Genny Calabrese, Ducky Calabrese, Nora Miller and Helen Fuson.
To send flowers to the family or plant a tree in memory of James Calabrese, please visit Tribute Store
Wednesday
7
April

Share Your Memory of
James
Upload Your Memory View All Memories
Be the first to upload a memory!
Share A Memory
Send Flowers
Plant a Tree