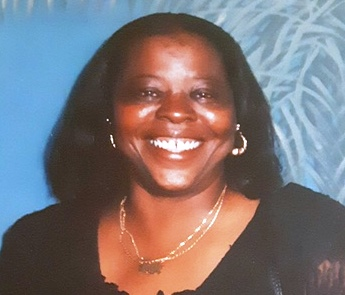 Please share a memory of Mary to include in a keepsake book for family and friends.
View Tribute Book
GENEVA- Mary Alice Hayes, 67, passed away peacefully on Sat. (July 17, 2021), at home. Family and friends may call from 6 to 8 p.m. Thurs. (July 22), at the Palmisano-Mull Funeral Home LLC, 28 Genesee St. Geneva. The home going service will be held from 9 a.m. to 12 p.m. Wed. (July 28), at the Coney Island Memorial Chapel, 2009 Mermaid Ave. Brooklyn, NY 11224.The burial will follow in Forest Green Park Cemetery in New Jersey. Mary was born on Aug. 22, 1953, in Loris, SC and was a daughter of the late Howard Lee and Lenora (McMillian) Hayes. She was a 1973 graduate of Bay Ridge High School in Brooklyn. Mary served her country proudly in the United States Army from 1974 to 1976. She had a long career with the United States Postal Service. After retirement, she moved to Geneva to be closer to her son, Willie. She is survived by her son Willie (Monique) Hayes-Addie of Geneva; brothers, Walter (Kirsten) Hayes of Newburgh and Jackie Lee Manning of Olympia, WA; sister, Doris Hayes of Brooklyn; grandchildren, Jahlil Hayes, Willie Hayes, Jr., Quran Hayes-Addie, Stephen, Taneia and Carolyn Godbolt, Diamond Wineglass and Velour Reid; aunt, Mabel Long of the Bronx; brother-in-law, Richard Cousar; several nieces, nephews and cousins. Mary was predeceased by her sister, Lyndie Cousar; brother, Robert Hayes.
To send flowers to the family or plant a tree in memory of Mary Hayes, please visit Tribute Store
Thursday
22
July

Share Your Memory of
Mary
Upload Your Memory View All Memories
Be the first to upload a memory!
Share A Memory
Send Flowers
Plant a Tree