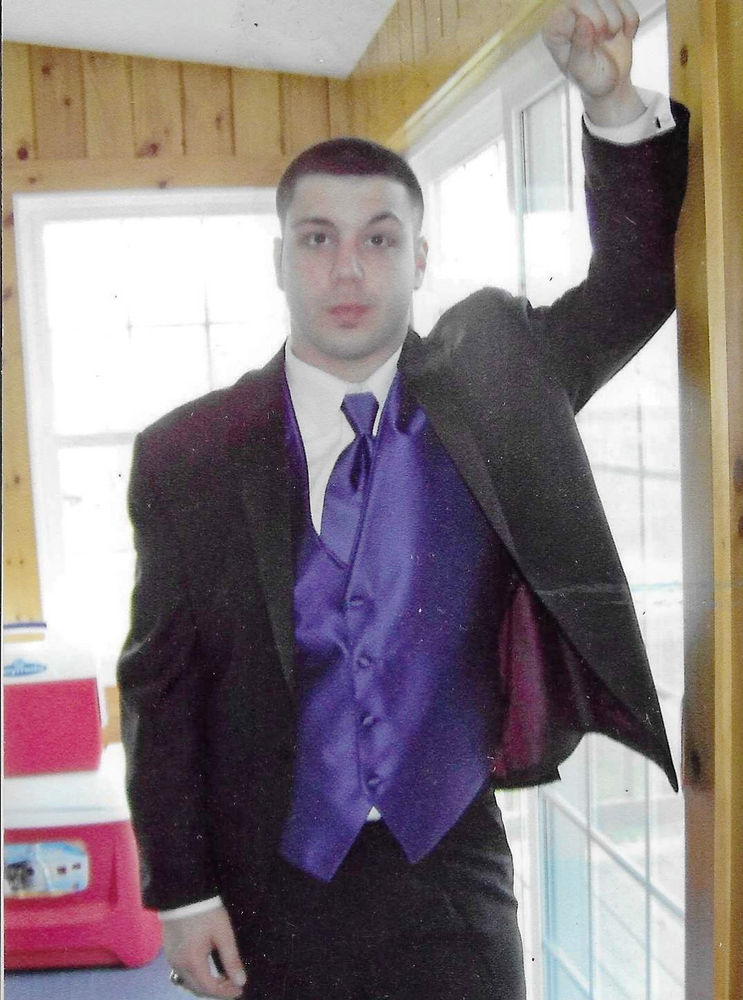 Please share a memory of Kevin to include in a keepsake book for family and friends.
View Tribute Book
Kevin W. Tomberelli OVID-Kevin W. Tomberelli, 28, passed away at his home in Ovid, New York with his family at his side on January 13, 2022. Friends may call Friday Jan. 28 from 2 to 4 pm at the Palmisano-Mull Funeral Home, 28 Genesee Street, Geneva. A prayer service will follow at 4 pm at the funeral home. How do you sum up a lifetime of memories and accomplishments of someone that is so loved and meant the world to his mother, father, sister and his entire family. Well here it is with a heavy heart. Kevin a person everyone loved with much charisma, a beautiful person inside and out. If you needed help Kevin was the first one there. Kevin enjoyed being with his friends, from the time he was little he had many friends. They shared many great times together. Kevin was a member of the South Seneca Football team, JV and Varsity. He was also a member of the South Seneca School Band where he played the saxophone. He was recognized as an outstanding student. Kevin loved Rock music, actually he loved all music. Kevin and his father, Carmen, went to many concerts and shared other great adventures such as going to Steelers Football games, SU basketball and football games and hunting. Kevin was so excited when he shot his first deer. The two spent time visiting Carmen's family in Pennsylvania. Kevin especially enjoyed being on the South Seneca Bowling Team with his dad as his assistant coach. There are so many shared moments with Kevin and his dad; Super Bowl and summer parties, water parks, hiking and canoeing in the Adirondacks. Great times! Great times! They will always be remembered. Let's not forget the great times he spent with his mom and sister. Lori always welcomed Kevin's friends into her home, day and night. Kevin's friends became part of the family. Kevin and his sister, Jen, were very close. Jen always said, I may fight with my brother but if you mess with my little brother you will be facing me. Brother and sister, friends forever. Kevin loved his animals. He would not want me to forget to mention his cat, snowflake, his dog, Maximillian a Pomeranian and Lestat his beautiful German shepherd. Kevin is survived by his mother Lori Moracco-Norfleet of Ovid; father Carmen (Helene) Tomberelli of Lodi; sister Jennifer Norfleet of Romulus ; Uncle Joe (Marilyn) Moracco of Airizona; Aunt Patty Moracco-Standish (Michael Vergmini) of Seneca Falls; Aunt Sandy Moracco-Mason Michigan; Uncle Samuel (LouAnn) Moracco Jr.of Syracuse; Aunt Robin Moracco-Stevens (Gary) of Missouri; Lisa Moracco-Marecek (Mark) Arizona; Uncle Bob Tomberelli of Montour Falls; Uncle Larry Tomberelli of Hector; Uncle Dan and Aunt Glenda Lichty of PA and Uncle Butch Lichty of PA; many other Aunts, Uncles and cousins. Predeceded in death are his maternal grandparents Barbara and Samuel Moracco; Uncle David Moracco; Uncle Kim Mason; paternal grandparents Blanche Lichty and William E. Tomberelli and Aunt Donna Augustine, who loved him so very much. The family would like to express a very special thank you to all the doctors and people who worked with Kevin from day one especially and exceptionally Dr. Lorenzetti, Mary Saywall and Nikki Markwaller. Donations can be made to South Seneca Central School in Ovid NY & the ASPCA
To send flowers to the family or plant a tree in memory of Kevin Tomberelli, please visit Tribute Store
Friday
28
January

Share Your Memory of
Kevin
Upload Your Memory View All Memories
Be the first to upload a memory!
Share A Memory
Send Flowers
Plant a Tree