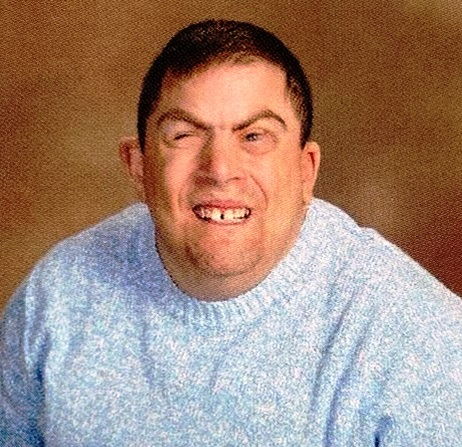 Please share a memory of Michael to include in a keepsake book for family and friends.
View Tribute Book
GENEVA- Michael F. Cataline, age 51, passed away unexpectedly at his home on Thursday July 28, 2022. Friends may call from 3 p.m. to 7 p.m. on Friday August 5, 2022 at the Palmisano-Mull Funeral Home LLC, 28 Genesee St. in Geneva. A Mass of Christian Burial will be at 10 a.m. on Saturday August 6, 2022 at St. Stephen's Roman Catholic Church. Entombment will be at St. Mary's Cemetery. In lieu of flowers, donations for a scholarship in Michael's memory can be made to the Cornelia de Lange Syndrome Foundation (CdLS), 30 Tower Lane, Avon, CT 06001. Michael was born on June 18, 1971, in Geneva, son of John and Carol (D'Agostino) Cataline. He was born with Cornelia de Lange Syndrome (CdLS) and far surpassed his life expectancy. He was raised in a loving family who never focused on his disabilities but his abilities. He loved music, especially Frank Sinatra and Barry Manilow; musical movies; Disney, especially Mickey Mouse, traveling with his family in particular to the CdLS Foundation Conferences which took him across the United States and to Europe, where he was personally blessed by Pope Benedict XVI in 2005, in St. Peter's Square. Michael is known to many for his love of ice cream. Michael truly was a gift of love and he shared that love in his many hugs with everyone he ever met. Michael attended Wayne Finger Lakes BOCES and graduated from Geneva High School in 1992. He then began attending the Ontario ARC Day Program where he was involved in various activities and made many new friendships. Michael taught us so much more than we taught him. He taught unconditional love, patience, perseverance, acceptance, and having a good time. His infectious smile lit up any room he was in. He brought so much joy to those he encountered. Michael is survived by his parents, John and Carol (D'Agostino) Cataline, his brother, David, several aunts, uncles and cousins. He was predeceased by his brother John and his grandparents. The family would like to thank the EMS and Geneva Police Department for the extraordinary efforts and care. They would also like to thank the staff and Jay Street IRA for their care and concern for Michael over the past 19 years.
To send flowers to the family or plant a tree in memory of Michael Cataline, please visit Tribute Store
Friday
5
August

Share Your Memory of
Michael
Upload Your Memory View All Memories
Be the first to upload a memory!
Share A Memory
Send Flowers
Plant a Tree