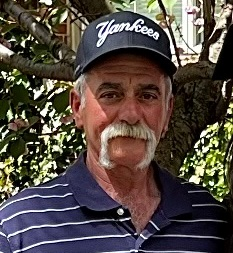 Please share a memory of John to include in a keepsake book for family and friends.
View Tribute Book
GENEVA- John William Salone III, 66, passed away unexpectedly on Thurs. (Aug. 11, 2022). Friends may call from 4 to 7 p.m. Wed. (Aug. 17), at the Palmisano-Mull Funeral Home LLC, 28 Genesee St. Geneva. A Mass of Christian Burial will be celebrated at 1 p.m. Thurs. (Aug. 18), at St. Francis De Sales Catholic Church. Burial will be at the convenience of the family. Contributions may be directed to the Geneva Police Department c/o Chief Mike Passalacqua, 255 Exchange St. Geneva, NY 14456, or the Sons of Italy, 31 Prospect Ave. Geneva, NY 14456. John was born on July 14, 1956, in Geneva and was a son of the late John William Salone, Jr and Vincentina "Vinnie" (Acquista) Salone. He was a 1974 graduate of De Sales High School and was a member of the first catholic baseball team, to win the Sectional Class B title in 1974. John was a man of the community serving as the mayor of Lyons from 1997-2001, director of Lyons Community Center, Geneva City Ward 6 Councilor, General Manager of Geneva Red Wings Baseball, devoted member of the Sons of Italy and former owner of Café Roma in Lyons. He enjoyed volunteering as a coach, umpire and planning Peppermint Days, in Lyons. John enjoyed painting, woodworking, cooking, baking, cigars and gardening. He was a huge Yankees fan and also liked NASCAR and the LA Raiders. John loved spending time with his daughters, who spent time with him at the ball field and in the concession stand. He would attend all of their games, dance recitals and school events. He is survived by his daughters, Javana Salone of Lyons and Chloé Salone of Lyons; mother, Vinnie Salone of Geneva; k-9 companion, Zuccera; sisters, Lorraine Marshall of Geneva, Linda Lisi of Geneva, Sharon Salone of Geneva and Debbie Salone-Wheeler of Waterloo; former spouse, friend and mother of his children, Joanne Greco-Eddy of Lyons; several nieces, nephews, close friends and special neighbors.
To send flowers to the family or plant a tree in memory of John Salone, please visit Tribute Store
Wednesday
17
August