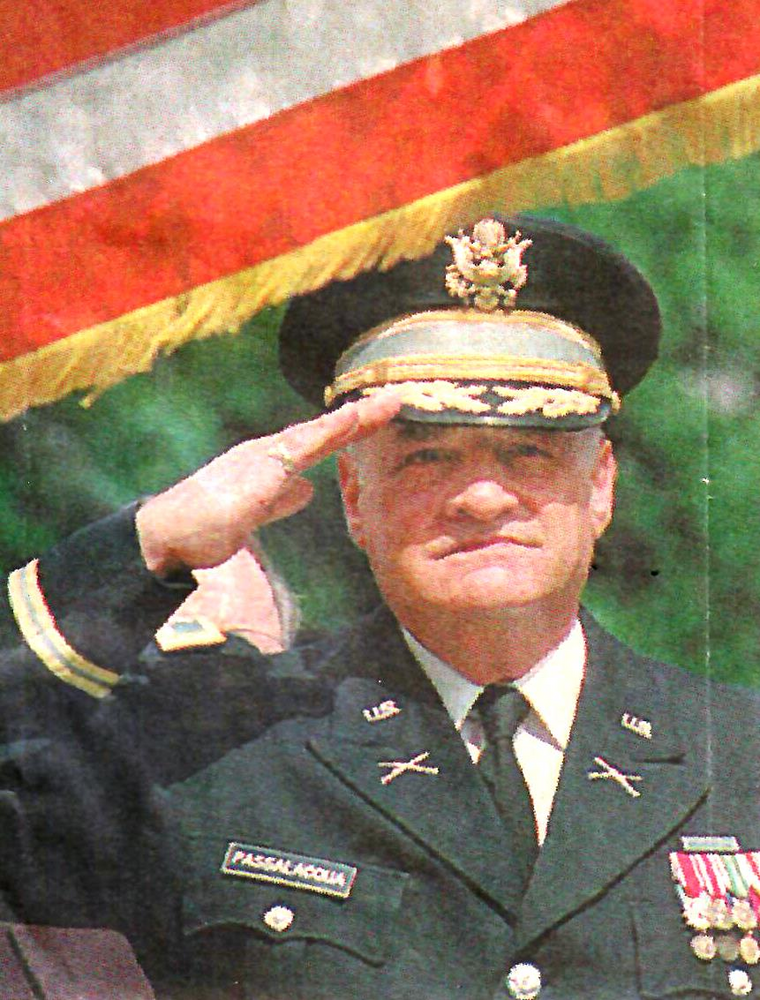 Please share a memory of Dominick to include in a keepsake book for family and friends.
View Tribute Book
FLORIDA/GENEVA- Dominick F. Passalacqua, 90, passed away peacefully on Mon. (Oct. 17, 2022), in Florida. Friends may call from 10 to 11 a.m. Sat. (Nov. 5), at the Palmisano-Mull Funeral Home LLC, 28 Genesee St. Geneva. A funeral service will follow at 11:30 a.m., in St. Mary's Mausoleum, with full military honors. Dominick was born on Aug. 10, 1932, in Geneva and was a son of the late Dominick and Anna (DiProfio) Passalacqua, Sr. He graduated from Norwich University, Northfield, VT in 1955 with a BS Degree in Business Administration. Dominick proudly served in the United States Army, retiring at the rank of Colonel, after 30 years. Dominick was highly decorated and the accomplishments and honors he achieved during his time in the Army are countless and honorable. He loved his country and his Italian heritage. He is survived by his beloved wife, Angela (Chinnici) Passalacqua of Fla.; son, Mark (Laela) Passalacqua of NV; daughter, Lisa Passalacqua of CA; step-children, Amy Nieukirk of Fla. and Bill (Elizabeth) Nieukirk, OH ; sister, Monique Quick of Fla.; grandchild, Anthony Passalacqua; step-grandchildren, Addison Nieukirk and Elise Sarver; great-grandchildren and several nieces, nephews and cousins. Dominick was predeceased by his first wife Joanne Passalacqua; second wife Louise Passalacqua; brothers, Walter and Sam Passalacqua; and sister, Lillian Fletcher.
To send flowers to the family or plant a tree in memory of Dominick Passalacqua, please visit Tribute Store
Saturday
5
November

Share Your Memory of
Dominick
Upload Your Memory View All Memories
Be the first to upload a memory!
Share A Memory
Send Flowers
Plant a Tree