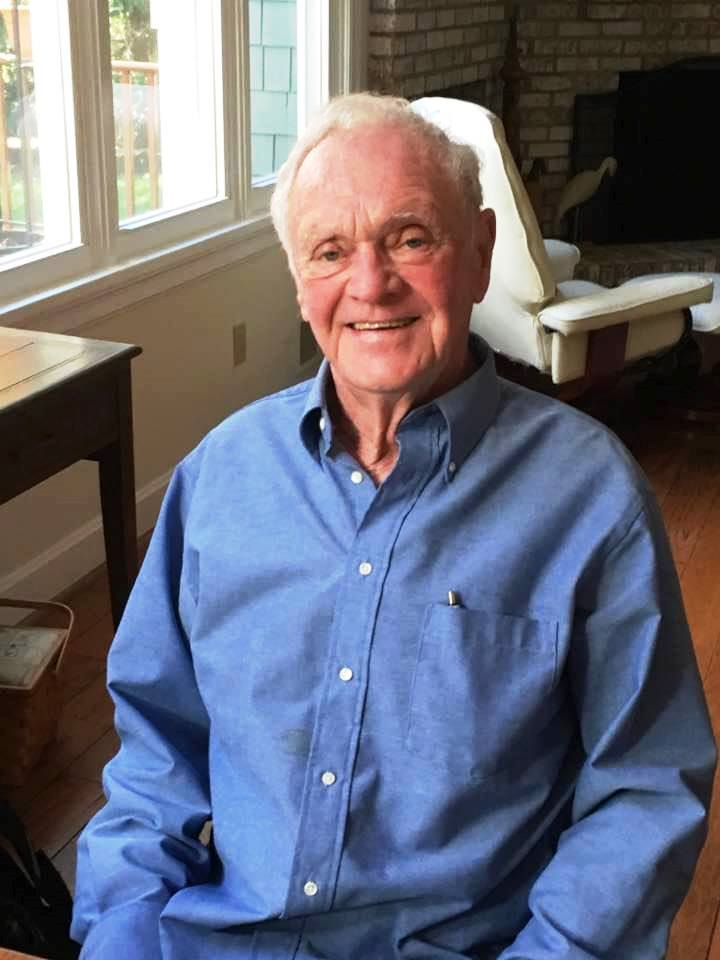 John Francis McCaffrey, 88, passed away peacefully on Fri. (Aug. 21, 2020), at the Highlands Living Center in Pittsford, NY. John was born on May 15, 1932 in Wainscott, NY. He was the son of the late John and Mary Bridget (Lynch) McCaffrey. He is survived by his loving wife Joanne (Alianell) of Victor, NY; daughter, Jacqueline (Kevin) Davis of Mendon, NY; son, John (Grace) McCaffrey of Hartsdale, NY; grandchildren, Tommy and Jack Davis; many loving nieces, nephews and other family members. John was predeceased by his brother, James McCaffrey. A longtime high school guidance counselor in Hilton, New York, John was a dedicated educator and worked hard to help young men and women reach their dreams. He was also an avid outdoorsmen, hunting, trapping, fishing and ice fishing the ponds and streams and lakes abounding in the region. As a young man, and throughout his life, John greatly enjoyed sports, relishing watching and rooting for the Notre Dame football team and the Villanova Wildcat basketball squad. As a young man, he was a catcher for his high school baseball team. After graduating high school, John matriculated at SUNY Brockport and then enlisted in the United States Army, serving his country as an infantryman in the Korean War. Upon finishing his tour, he furthered his education at Alfred University, receiving two Masters degrees in the education field. A Mass of Christian Burial was held on August 28 at Most Holy Trinity Church in East Hampton New York, and a burial followed in Wainscott Cemetery.
To plant a beautiful memorial tree in memory of John McCaffrey, please visit our Tree Store

Share Your Memory of
John
Upload Your Memory View All Memories
Be the first to upload a memory!
Share A Memory
Plant a Tree