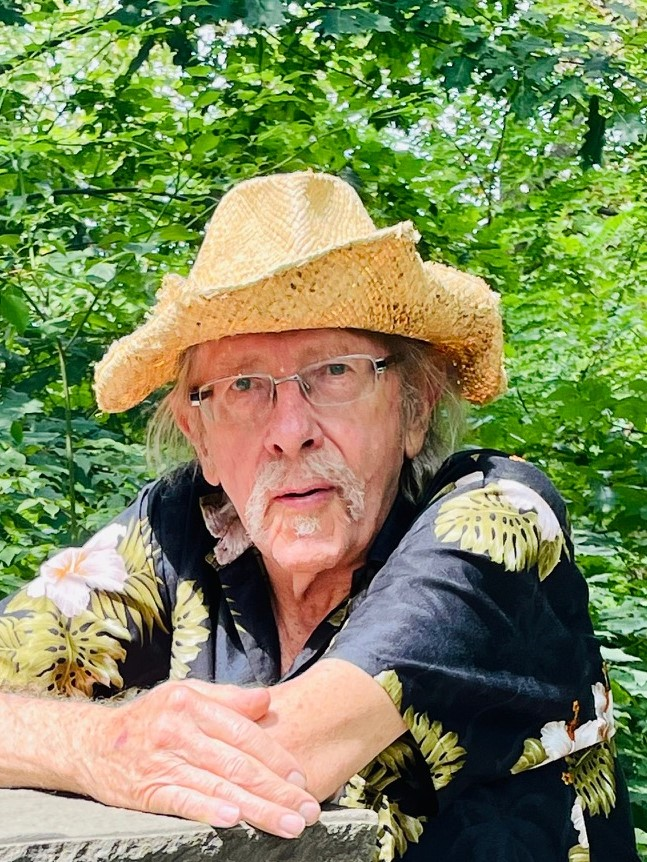 Send Flowers
Print
Provide comfort for the family by sending flowers or planting a tree in memory of Charles Peterson.
Show You Care By Sending Flowers
Guaranteed hand delivery by a local florist
Loading...
T
Tosh Berman posted a condolence
Brian was very kind in sharing my dad's artwork with me. With great regret, I'm sorry that I didn't spend quality time with him in NYC last September. For whatever reasons, this year has been very tough with respects to losing people. Brian is (was) a remarkable fellow, and well-loved by his family and friends. x, Tosh
Please wait
Share Comment
J
Jae Peterson Posted Jul 15, 2022 at 6:25 PM
Thank you, Tosh, for your thoughtful reflection on our father.
Report
J
Jae Peterson uploaded photo(s) 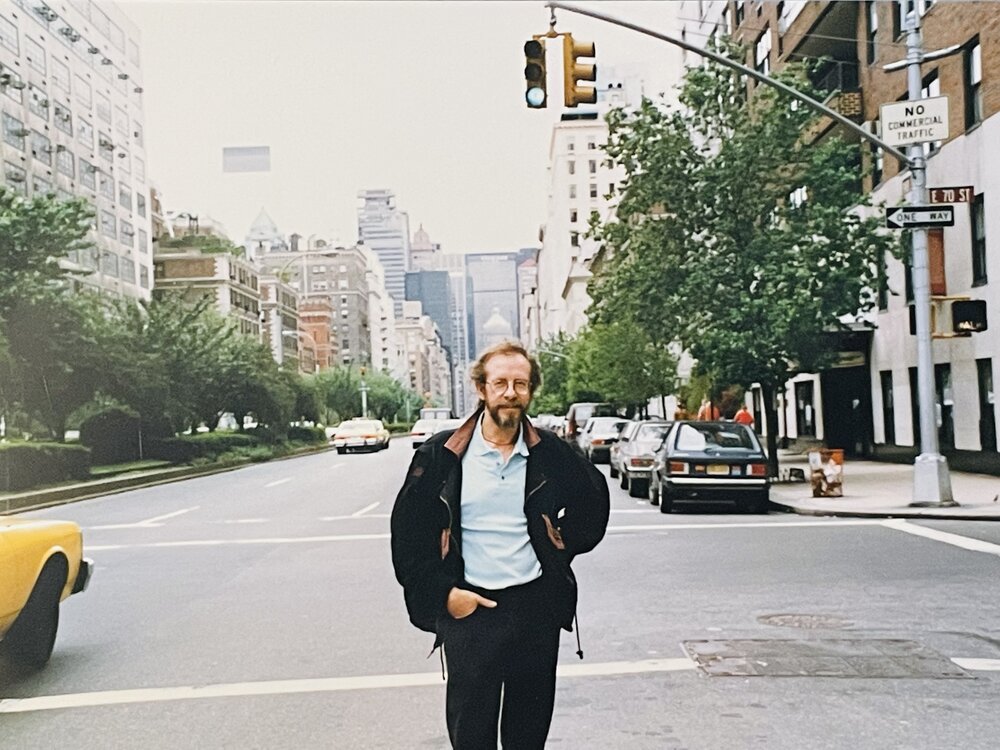 The racket of my Dad’s life fading pulsed through these past six weeks since I last took note of my thoughts in my journal. The race between hospital, assisted living, then again hospital, swelled into each day and pushed out whatever inclinations I had for solitude, work focus, or recreation. Guilt that I haven’t done enough, didn’t do enough, couldn’t do enough—to ease his pain, suffering, and frustration— snaked through my body. Not enough. My brothers arrived: Matt just a few days prior to Dad’s passing, early enough to bring Dad’s friend, Tom, to the hospital for a final goodbye the day before the Saturday morning when he passed on; the older one, Sam, flew in from the Philippines and arrived Friday evening. He drove straight to the hospital from the airport, allowing him time to be with Dad, to hold his hand, and to hear my dad say back to him, “I love you, too.” Sam said after that was the only time he heard our dad say “I love you” to him. I was there in the room while Sam sat alongside Dad’s bed hoping, too, that he could do something to put him at ease. The night nurse entered the room with the cheery, sweet spirit of a high school ambassador. She assured Dad, “I’ll be here all night and will check in on you to make sure you’re comfortable.” Henry, one of Dad’s cats, hid under his bed. The hospital social worker had negotiated with the nursing director to grant us permission to take Dad’s cats into his room that evening. Although he hadn’t been moved to palliative care where they allows patients’ pets to visit; the staff knew these were Dad’s last hours. “Jae!” My dad yelled out when Sam and I were walking out of the room. We had asked him, “Dad, is there anything else you need? What can we do?,” before facing the difficult burden of leaving his room. Dad had shook his head, his eyes focused in our direction - tender, angry, and always thinking, always thinking. I turned around “What? What do you need, Dad?” He made a faint smile, as if laughing at his own self. Words scrambled and disappeared on the journey from thought to speech since his seizures and brain surgery, his brain cancer diagnosis. “Nothing. Never mind.” I think he said that response in words, but he might have stumbled over them. I became adept at translating in my mind his misuse of words, “lights” for eyeglasses, “recorder” for cellphone. I filled in the blanks for the missing words, playing a game like $10,000 Pyramid or Pictionary, where one shouts out guesses until the other person nods that it’s correct. Sam and I turned to each other. It seemed we both felt comfort in Dad’s assertion of voice. Earlier during our visit, Sam pointed out to Dad, “Look at the view, Brian. You have an amazing view.” The hospital room window looked northwest towards the University of Rochester campus. Rush Rhees library with its iconic dome and Roman style architecture rose from the green canvas of tree tops. Dad looked at Sam. He yelled out with the authority of a military general, “Take a picture!” Every word perfectly formed. It was what my dad knew: Take a picture. Hold life in your view. Pay attention. See what others neglect to notice. Be present.
Please wait
Share Comment
M
MaryLynn Gleason Posted Jul 13, 2022 at 9:17 PM
..........always present even with tears in my eyes.
Report
M
Mary Sojourner posted a condolence
Brian - I always knew him as Brian - was easily one of the most kind-hearted and gentle people I’ve ever known. Perhaps even more than that, he was one of the most talented. Our home was filled with collages and assemblages, each of them reflecting his unique perceptions and visions. He stood with some of the most far-sighted artists of that time. If he is, in some form, aware of my words: Brian, your work is on a par with the artists you so admired: Wally Berman, Stephen Durkee, Jay DaFeo, Jean Cocteau and any of the greats of Surrealism. You were a loving and tender father, and a loyal friend. When I think of you, I see you capturing a reality - or a vision - for the rest of us to marvel at. Thank you for coming into my life on a long-ago day in Chicago and caring for me so generously and compassionately. I’m grinning as I write these next words: It definitely must have been a challenge. Bless you for your big and loving heart. Mary Some of Brian's favorite artists and peers: Stephen Durkee http://michiganintheworld.history.lsa.umich.edu/popart1963/exhibits/show/artists/durkee Wally Berman: http://www.artnet.com/artists/wallace-berman/ J. DaFeo. https://whitney.org/collection/works/10075
Please wait
Share Comment
J
Jae Peterson Posted Jul 4, 2022 at 8:17 AM
Thank you, Mom, for sharing these memories of Dad!
Report
J
Judy Rosenberg posted a condolence
I first knew Brian from his involvement with the Rochester Int’l Film Fest. Over the years, we connected through music, art and photography. He was so encouraging when I started exhibiting my ceramic pieces. I enjoyed his visits to my Hungerford studio and will miss his gentle manner, insights and humor. Brian was such a warm, interesting and talented guy. My heart goes out to his family who I hope will find peace and comfort from all their good memories. Judy Rosenberg
Please wait
Share Comment
M
M. Jae Peterson Posted Jul 1, 2022 at 11:49 AM
Thank you, Judy, for your thoughtful and loving reflections on our father.
Report
M
MaryLynn Gleason uploaded photo(s) 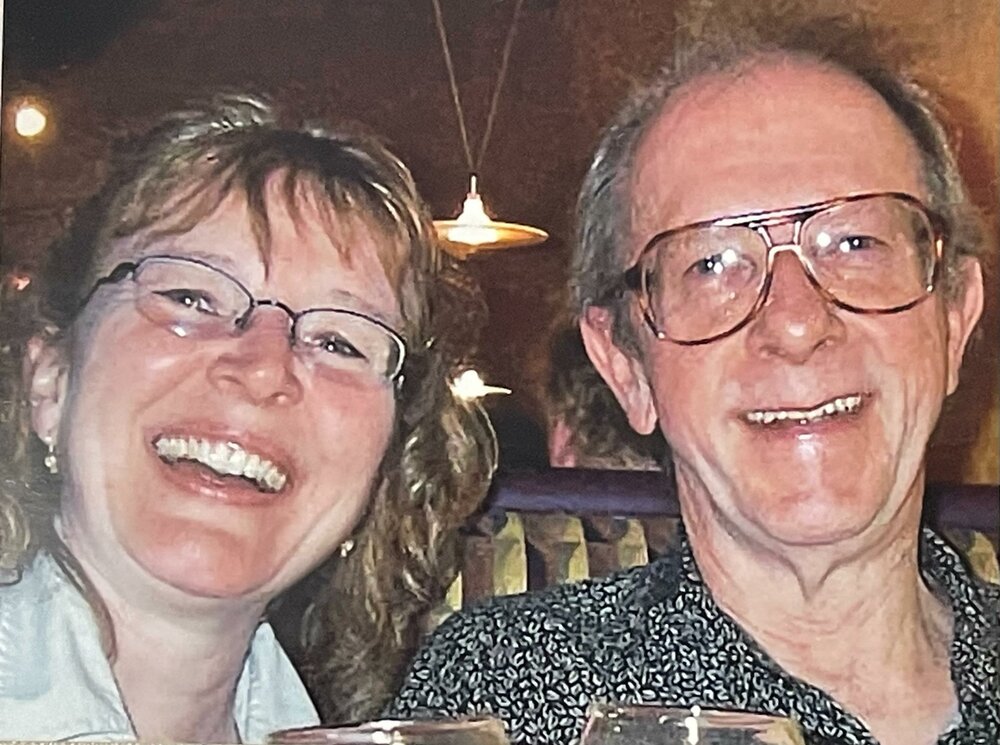 Words cannot fully capture the vastness of Charlie's heart nor the infinite ways he connected with and helped all, and I mean all, who came to know him. His caring nature was expressed through his generosity over and over and over again. Our dear one has now gone beyond all of this. I am left with so many memories of meals shared and art openings attended and concerts, so many concerts, all over Rochester........I shall miss Charlie deeply......Adieu, for now.
Please wait
Share Comment
J
Jae Peterson Posted Jun 27, 2022 at 12:57 AM
Mary Lynn, Thank you for bringing equal joy and kindness to Dad’s life! We are all grateful for your presence in our world. Xxoo
Report
G
Gretchen Schulz lit a candle

Peterson Family, I am so sorry to hear that your father has passed. Charlie was a sweet, creative man. I knew him from working at the City of Rochester and around the art scene in town. He had a keen sense of humor, and intelligence. I loved his photography and his travel stories. I have one of his photographs. It's of a beautiful blond woman standing on a platform as the train is coming. He was in Poland at the time. I am glad to have it as a memory of him. I hope he has left your hearts filled with his memories. Please accept my deepest condolences. Love and Peace, Gretchen Schulz
Please wait
Share Comment
J
Jae Peterson Posted Jun 25, 2022 at 1:38 PM
Thank you, Gretchen, for your kind words and reflection on our father. We will miss the light of his presence in our worlds but trust he will be with us always.
Report
S
Susan E Gaile planted a tree in memory of Charles Peterson

Im so sorry to hear about Charlies passing. I knew him thru the amitabha Foundation for years. He was such a kind and gentle man. Join in honoring their life - plant a memorial tree
Please wait
S
Sally Wood Winslow posted a condolence
So loved "B"! He was such a contributor to High Falls Gallery in Rochester. Always ready with a great story about an experiences, or a scene appreciated with his unique perspective. Sharing and encouraging others a lovely skill he liked to exercise. I truly see my friend in this lovely portrait, and will continue to think of him like this. Sally Wood Winslow
Please wait
Share Comment
J
Jae Peterson Posted Jun 25, 2022 at 1:40 PM
Thank you, Sally, for the kind words and reflections on our father. The photo was one of his favorites; I took it last summer after he and I finished walking along the Cascadilla Gorge Trail in Ithaca while visiting his niece and nephew at Cornell.
Report
Y
Your friends @ The Highline . Alyssa & Jessica planted a tree in memory of Charles Peterson

To a sweet, kind soul who always took care to take care of the earth around him. You will be missed, neighbor. Join in honoring their life - plant a memorial tree
Please wait
a
The family of Charles Brian Leonard Peterson uploaded a photo

A Memorial Tree was planted for Charles Peterson

Share Your Memory of
Charles
Upload Your Memory View All Memories
Be the first to upload a memory!
Share A Memory
Send Flowers
Plant a Tree