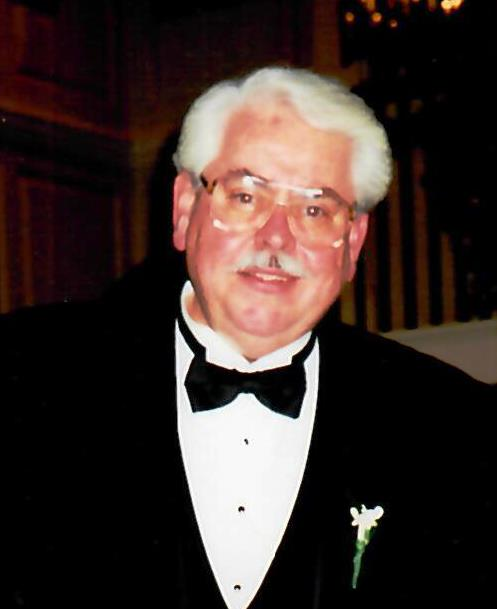 Please share a memory of Richard to include in a keepsake book for family and friends.
View Tribute Book
GENEVA - Richard Thomas Erwin, former Executive Director of the Smith Opera House for the Performing Arts and the Finger Lakes Regional Arts Council, passed away peacefully on Sunday, September 25th at home. Calling hours will be from 3 to 7 p.m. Friday (September 30), at the Palmisano-Mull Funeral Home LLC, 28 Genesee Street, Geneva, NY. A mass of Christian burial will be celebrated at 10 a.m. Saturday (October 1), at St. Francis de Sales Church, 130 Exchange Street, Geneva, followed by an entombment in St. Mary's Mausoleum, County Road #6, also in Geneva. Memorial contributions may be made to any of the following, all of which are in Geneva, NY, 14456: The Smith Opera House ArtSmart Educational Theater, 82 Seneca Street; Our Lady of Peace Parish, 130 Exchange Street; or Ontario-Yates Hospice, 756 Pre-Emption Road. Richard was born on September 14, 1942 in Brooklyn, NY to Nicholas and Catherine (Duggan) Irwin. He served in the U.S. Army during the Vietnam era as a military policeman stationed at the Seneca Army Depot, during which time he met his future wife, Barbara DiConstanzo. He was a member of the American Legion Winnek Post #396. After completing his service, Richard began his career with Metropolitan Life Insurance in Brooklyn, NY. He was (perhaps surprisingly to some) a relatively shy young man, but quickly blossomed into a highly effective salesman. After four years in Brooklyn, Richard was transferred to Geneva, NY, where he was named a staff manager, and led his colleagues to become the number one sales team in the region. Throughout his early working life, Richard was active in multiple community enterprises. He was a member of the Finger Lakes Association of Life Underwriters, where he served as Chairman of the Life Underwriters Training Council in 1978. In that position he inaugurated the "Outstanding Teenager of the Year'' award program, which went on to be adopted by the National Association of Life Underwriters and continues to this day. After his time at Metropolitan, Richard served as the Executive Director of the Smith Opera House in Geneva from 1984 to 1994. His passionate belief in the greatness of the historic theater and its unrealized value for the Finger Lakes region served as a spark in creating a vision of the venue as a preserved, restored, and revitalized regional treasure. Under Richard's leadership, the Smith was designated a "Performing Arts Organization" by the New York State Council on the Arts, and received national attention after being recognized by the Smithsonian as a "Great American Movie Palace." During his tenure, Richard was instrumental in obtaining over $1,000,000 in programming, development, preservation, and restoration grants for the Smith. Continuing his established pattern of deep community engagement, Richard labored to promote several Finger Lakes-area organizations and events. He was a founding member and the first President of the Irish-American Society of the Finger Lakes, initiating a regular step-dancing class and a weekly radio program of traditional Irish music, as well as presenting many traditional Irish music and dance concerts during his time at the Smith. Richard also served as part of a number of regional associations. He was a founding board member of the Ontario County Tourism Agency, and served as a board member of the Ontario County Fair Association, the Ontario County Cancer Society, the Geneva Chamber of Commerce, and the Geneva Human Rights Commission. He also served as a member of the Ontario County Arts Council, and the original Geneva Business Association. Later in his career, Richard was integral in the creation of "Genevafest," which in time evolved into the Whale Watch summer festival. He was involved in the establishment of the Geneva Summer Concerts Festival, and co-founded the Musical Moments concert series, held at the Geneva Public Library and which continues to this day. Richard is survived by his wife Barbara (DiCostanzo) Erwin, his two sons Richard Scott Erwin (Kimberly D. Wade) of Albuquerque, NM, and Christopher Andrew Erwin (Kimberly A. Linde) of Waldorf, MD, grandchildren Ian, Abby, Sean, and Nathaniel Erwin, and nephews Kevin, Stephen, and Thomas Erwin. He was predeceased by his parents, his three brothers James, John, and Patrick Erwin, and his nephews Robert and William Erwin. His family would like to thank the many doctors, nurses, and caregivers who cared for Richard over the past several years. A special thank you to Drs. William Platzer, Doria Scortichini, and Kyle Perillo, his healthcare team from the Canandaigua V.A., especially Barbara Vandemortel, Cheryl Driscoll, and Cheryl Lea Koronowski, his home health aides Angie, Diana, and Paulita, and the Ontario-Yates Hospice team. Finally, thank you to Richard and Barbara's family, friends, and neighbors for their support and many kindnesses over the last several years.
To send flowers to the family or plant a tree in memory of Richard Erwin, please visit Tribute Store
Friday
30
September

Share Your Memory of
Richard
Upload Your Memory View All Memories
Be the first to upload a memory!
Share A Memory
Send Flowers
Plant a Tree